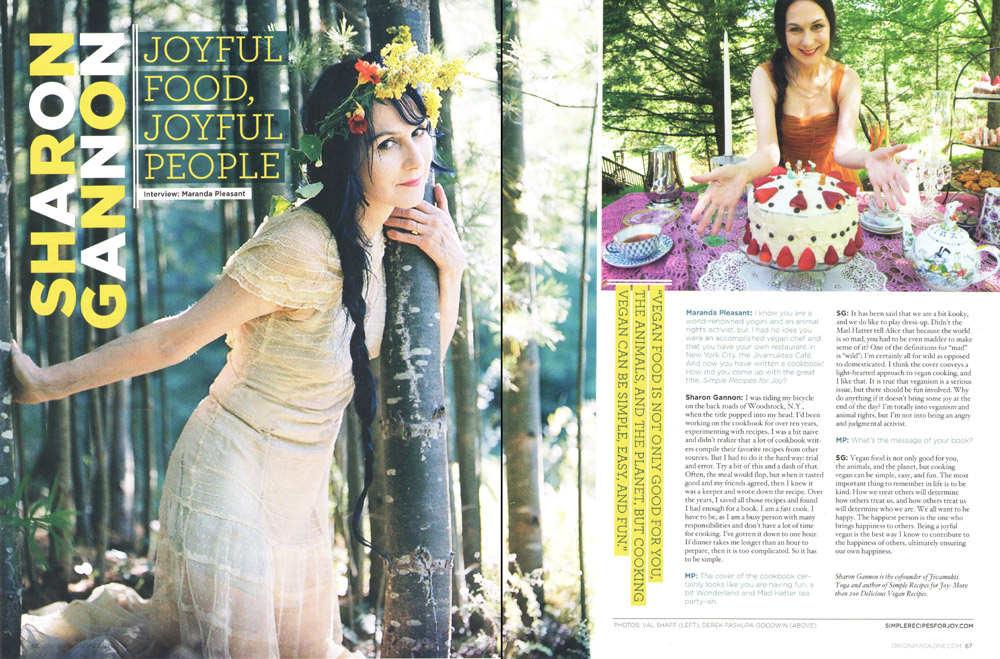 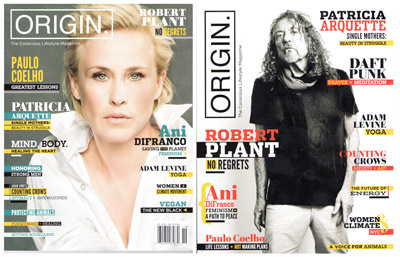 The interview is conducted by Origin Magazine Editor Miranda Pleasant, who asks Sharon about her upcoming vegan cookbook, Simple Recipes for Joy, including the following exerpt:

MP: The cover of the cookbook certainly looks like you are having fun, a bit Wonderland and Mad Hatter tea party-ish.

SG: It has been said that we are a bit kooky, and we do like to play dress-up. Didn’t the Mad Hatter tell Alice that because the world is so mad, you have to be even madder to make sense of it? One of the definitions for “mad” is “wild”; I’m certainly all for wild as opposed to domesticated. I think the cover conveys a light-hearted approach to vegan cooking, and I like that. It is true that veganism is a serious issue, but there should be fun involved. Why do anything if it doesn’t bring some joy at the end of the day? I’m totally into veganism and animal rights, but I’m not into being an angry and judgmental activist. 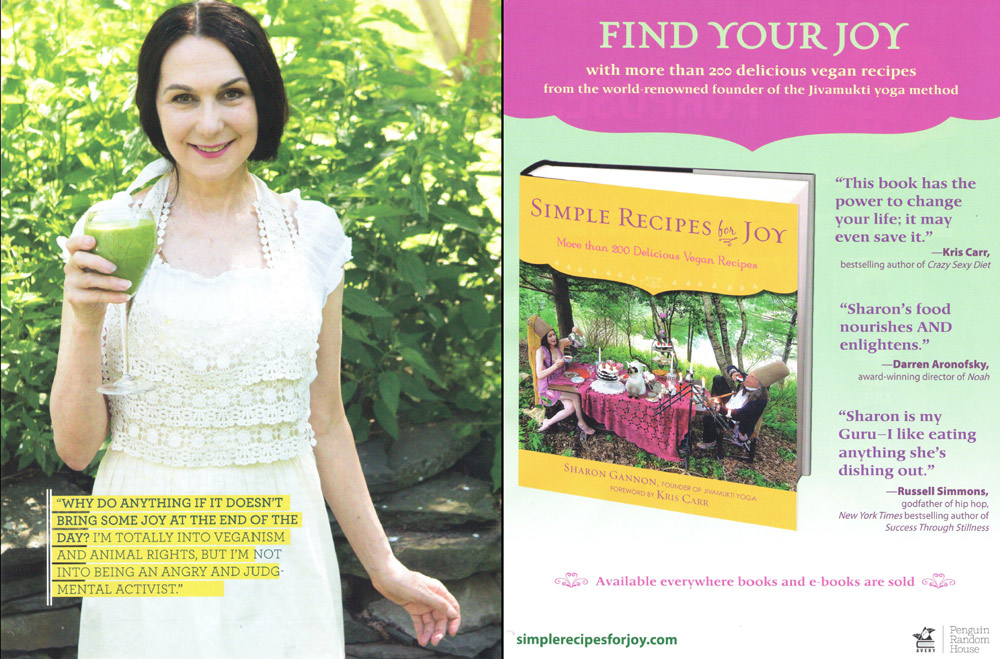